Difference in Robot System and Other AI Program

Academy Europe - Difference in Robot System and Other AI Program 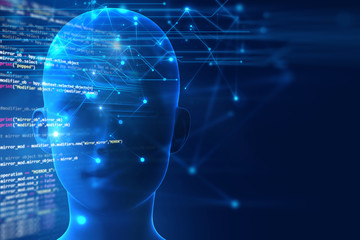 Robotics is a domain in artificial intelligence that deals with the study of creating intelligent and efficient robots.

Robots are the artificial agents acting in real world environment.

Robots are aimed at manipulating the objects by perceiving, picking, moving, modifying the physical properties of object, destroying it, or to have an effect thereby freeing manpower from doing repetitive functions without getting bored, distracted, or exhausted.

Difference in Robot System and Other AI Program

Here is the difference between the two −

Locomotion is the mechanism that makes a robot capable of moving in its environment. There are various types of locomotions −

The total number of possible gaits (a periodic sequence of lift and release events for each of the total legs) a robot can travel depends upon the number of its legs.

In case of k=6 legs, there are 39916800 possible events. Hence the complexity of robots is directly proportional to the number of legs. 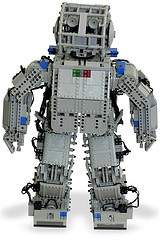 It requires fewer number of motors to accomplish a movement. It is little easy to implement as there are less stability issues in case of more number of wheels. It is power efficient as compared to legged locomotion. 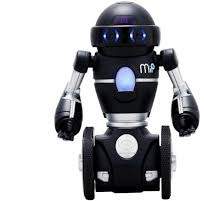 In this type, the vehicles use tracks as in a tank. The robot is steered by moving the tracks with different speeds in the same or opposite direction. It offers stability because of large contact area of track and ground. 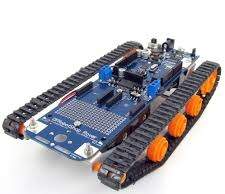 Components of a Robot

Robots are constructed with the following −

This is a technology of AI with which the robots can see. The computer vision plays vital role in the domains of safety, security, health, access, and entertainment.

Computer vision automatically extracts, analyzes, and comprehends useful information from a single image or an array of images. This process involves development of algorithms to accomplish automatic visual comprehension.

The robotics has been instrumental in the various domains such as −